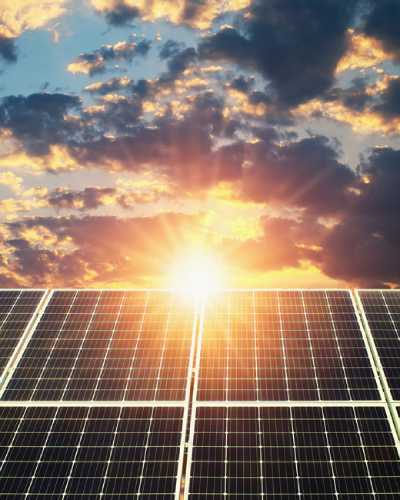 PLANNING and Development Minister Pennelope Beckles has said a solar farm to be set up at Piarco International Airport will contribute to Trinidad and Tobago’s playing its part to mitigate climate change and encourage investment in renewable energy.

Beckles was addressing a sod-turning ceremony for the park on Tuesday.

The farm will be managed by the Airports Authority and consists of ground-mounted solar panels installed over an area of 1.54 hectares.

These panels have an annual generation capacity of 767,034 kilowatt-hours (kwh), which represents 3.5 per cent of the total amount of electricity consumed at the airport.

Beckles said, “This project could potentially reduce annual emissions of carbon dioxide by approximately 500 metric tonnes, and contribute to an overall reduction in TT’s carbon footprint.”

She also said the UN Development Programme (UNDP) is working with Government on matters such as installing rooftop-scale solar energy systems in remote communities, and developing a renewable-energy and energy-efficient-conducive policy and legislative framework.

Beckles said these initiatives represent a significant paradigm shift and evidence of TT’s actions, in collaboration with its international partners, to meet its commitments under the Paris Agreement.

“These commitments are aimed at achieving our nationally determined contribution, as part of the global effort to constrain global temperatures to survivable levels, and to target the sectors responsible for our highest emissions, the power generation, transportation and industrial sectors.”

With TT’s electricity generation is also almost solely dependent on natural gas, Beckles said approximately eight per cent of total natural gas produced in TT is used for this purpose.

“According to a 2013 baseline study, our per-capita emissions amounted to 34 metric tonnes of carbon dioxide, placing us at the top of global rankings.”

She said the farm and the UNDP-Government initiative were steps in a direction advocated by the Prime Minister on TT’s commitment to mitigating climate change.

Dr Rowley has publicly committed to increase the renewable-energy component of power generation in TT to 30 per cent by 2030.